In this week’s automotive adventures, Steve relishes a spin in two new Fords, ponders the influence of wind on cars and driving and recalls a heart-warming exchange with a reader.

The latest Fords, I find, have a real capacity to inspire. By chance, I spent a couple of recent days in a new 1.0-litre Focus Active and, after 250 miles, found myself wishing it could be longer. It happened like this: for six months, I’ve had a motorcycle marooned at Autocar’s Twickenham HQ while I worked at home. This week, I finally organised myself to pick it up, but despite promising signs, it ‘failed to commence’ so I was abruptly stranded 94 miles from home, wondering what to do. Then inspiration dawned.

Not far from the office is a welcoming institution known to all hacks as The Ford Press Garage, run by an obliging bloke called Gary Cuthbert, who responded to my sorry tale by tucking me into this Focus – brimmed and gleaming. My Honda 750 was meanwhile recovered to the local Chiswick dealership, where another obliging bloke, Mark Milton, had it running, serviced, MOTed and shining within a day.

Back in London, I swapped one for t’other, ruminating on the fact that being in touch with obliging experts like these makes modern motoring the wonderful experience it is. Cynics will say these two blokes helped me so much because of what I do for a living, but it was really because they’re the people they are.

As for the Focus Active, it was yet another Blue Oval creation with that special, taut but supple suspension they seem able to do better than other mainstreamers (and most premiums), with perfectly weighted, accurate, uncorrupted steering and that lovely little engine.

Wouldn’t complain if I suddenly learned I’d be doing my next 25,000 miles in this easy-going machine.

A big headwind on the M4 motorway, as I rode west on the Honda, reminded me of the influence of winds on cars (and fuel consumption) that today’s high-torque powertrains have taught us to ignore. It all reminded me of a Christmas, years ago, when my seasonal transport was a beguiling but dog-slow 848cc Renault 4. There were big westerlies that year and this thing would do 50mph one way, and 85mph the other. Slipstreaming ferociously driven London-to-Bristol parcel vans could get you home 10 minutes earlier.

Weird stuff keeps happening, doesn’t it? Today, the mail brought a letter from Southampton reader Dave Stride, sent fully six months ago as part of an Autocar ‘first car’ reader competition. It turned out to be well worth the wait, painting a picture of an entirely different world of motoring. Mr Stride told how he bought his first car, a half-ton Reliant motorcycle-van (even older than the Only Fools and Horses type) for £5 in 1950, paying more for insurance than machine. He even sent a sketch (above). 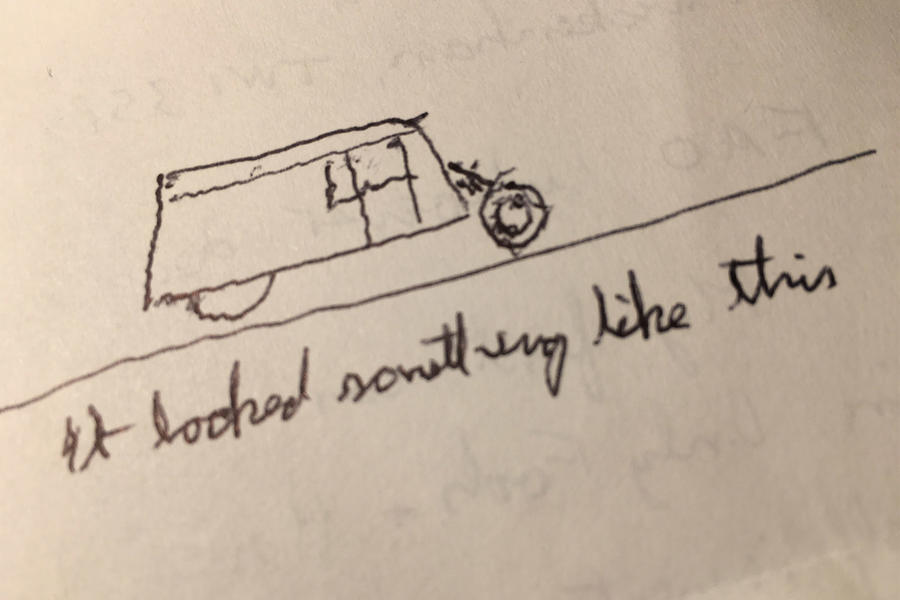